We’re All In This Together 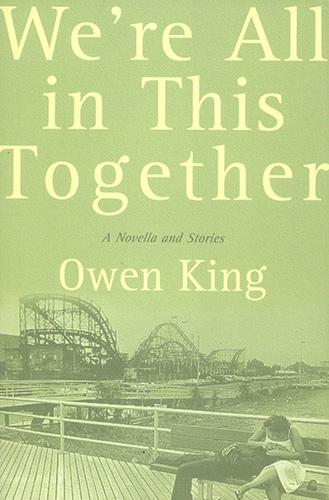 The title novella of We’re All in This Together tells the story of George, the teenage son of a single mother, and the only grandson of a family of union organizers in Maine. George’s grandfather Henry, obsessed with the outcome of the 2000 election, has planted a giant billboard of homage to Al Gore in his front yard that he suspects has been defaced by the paperboy, now a sworn enemy. Meanwhile, George’s mother is about to marry Dr. Vic, who, besides being possessed of an almost royal obliviousness, may even have voted for George W. Bush. George is a nervous accomplice to his grandfather’s increasingly unhinged behavior, and a righteous adversary at war with his mother over her marriage. George’s struggle is a funny and moving parallel for our times: How will we fight? All together, or all alone? Featuring four other stories that range from the concerns of an itinerant dentist with a taste for nitrous oxide to the deep shadows of old Coney Island to the exotic mysteries of a discount mall, this funny, insightful, and always entertaining collection launches the career of an extraordinarily talented writer.

We’re All In This Together – Praise

We’re All in This Together is hilarious and frequently bizarre but always—somehow—deeply sincere. Beneath the pyrotechnics of his incredible imagination, King never forgets that he’s here to tell meaningful poignant stories. — Anthony Doerr, author of The Shell Collector and About Grace

A compelling, imaginative debut collection of four short stories both creepy and heartfelt, plus a compassionate novella… — Publisher’s Weekly

King possess a rare understanding of the macabre side of our workaday lives… and an artistic sensibility all his own. — Washington Post Book World

Owen King decisively stakes out his own territory with prose so imaginative and confident and well crafted, he seems to have been down to that midnight Delta crossroads and gotten much the best of the bargain. — William Gay, author of Provinces of Night and The Long Home

Let Owen King… transport you back in time and forward into absurdist fantasy with his loopy, macabre debut story collection… — Daily Candy

Congratulations to Owen King… a voice well worth hearing… The dialogue has the punch of authenticity and can be laugh-out-loud funny–and often when it’s not, it’s genuinely poignant. — The Hartford Courant

Owen King manages to take all of these characters and their idiosyncratic lives and weave stories that are darkly hilarious, truthfully touching and leave the reader in no doubt that we really are all in this together. — San Antonio News-Express

Growing pains collide with political disappointments which ricochet off affairs of the heart in Owen King’s marvelous novella We’re All in This Together. With a cast of quirky characters worthy of Anne Tyler and John Irving, this story of familial devotion and betrayal is hilariously funny, devastating, and heartbreaking. The love is so palpable, the pages nearly pulsate. The companion stories–each terrific and imaginative, eerie and tender–complete this introduction to a remarkable new writer. — Binnie Kirshenbaum, author of An Almost Perfect Moment

Meaty enough for a novel though only of novella length, the title fiction is augmented by three striking short stories that showcase the imaginative range and versatility of the young author, Owen King. — Boston Globe

Owen King knows a thing or two about our yen for hate, and he has made it a potent subtext of his literary debut, We’re All in this Together. Just watch the tornadoes of loathing rip up the flowerbeds and obliterate the crops in these stories. No one escapes unscathed… stupendous… — Denver Post

A distinctive voice and wry sense of humor. — Time.com

A powerful exploration of the flimsiness of political moral certainty compared to the strength of the unpredictable emotions that end up motivating individuals’ actions. Newcomer King is a talent to watch. — Kirkus Reviews 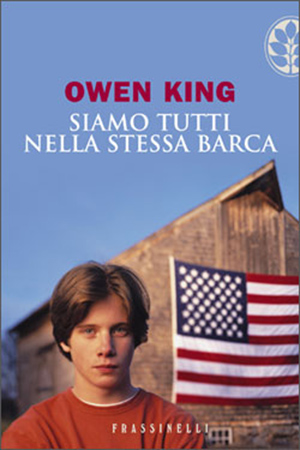 Published in Italy by Frassinelli 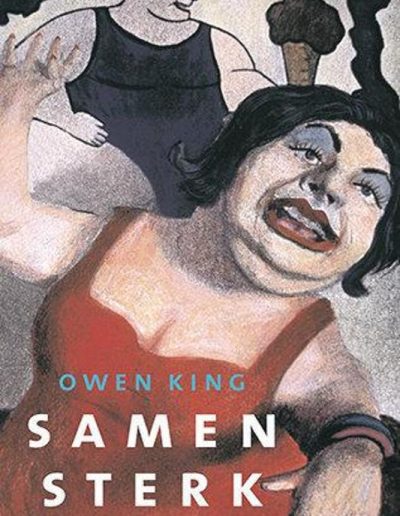 Published in the Netherlands by De Bezige Bij 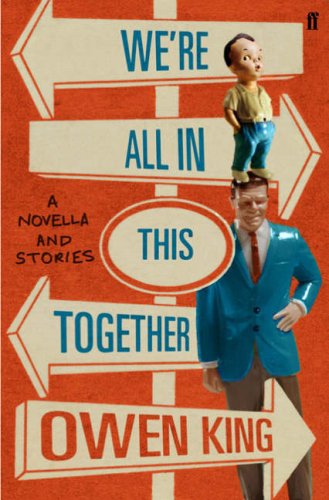 Published in paperback in the UK by Faber 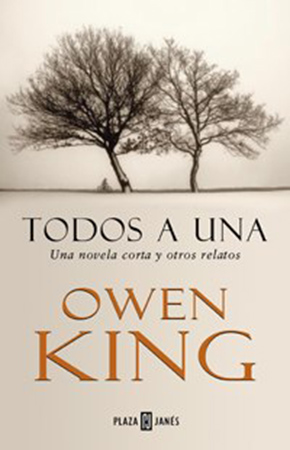 Published in Spain by Plaza & Janes 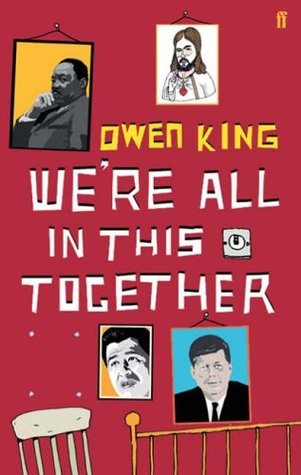 Published in the UK by Faber